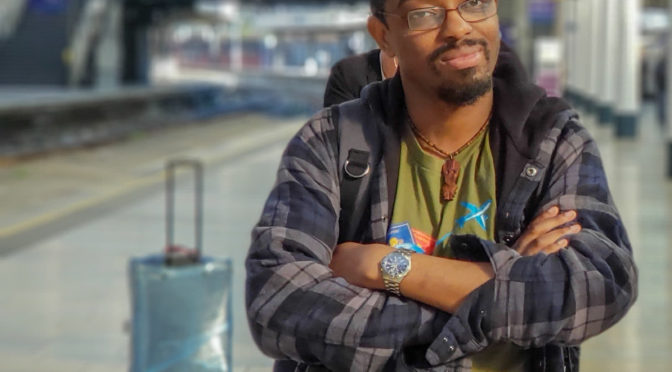 Leroy Tyler is one of our youngest and most widely-traveled group members. He has visited more than 27 countries. After following his travel posts for quite I while I was curious to find out how he came to be such a globetrotter. Here’s what he told me.

“When I was a kid, around 8 or 9, my mother got me a kids encyclopedia. I read through it, and got to the geography section, and was instantly hooked on all the buildings and stuff I saw. I made it a mission to go see those places I read about when I got older. When my mother died in 2005, I made it even more of a personal mission to see those places she never made it to, along with the fact that it helped with the ongoing depression from losing her to cancer. The rest is history….”

Recently he traveled to Ukraine. The following is how it all went.

Everyone knows something about Chernobyl. Any disaster with such horrifying implications tends to leave a mark on history. But Chernobyl is different. It has struck a chord with us somehow, and has become the inspiration for countless media and art, allowing us to venture off into fantasy worlds.

This wasn’t a fantasy world. This place exists.

Are the depictions in pictures and media true to life? Something out of a post apocalyptic movie? See for yourself. 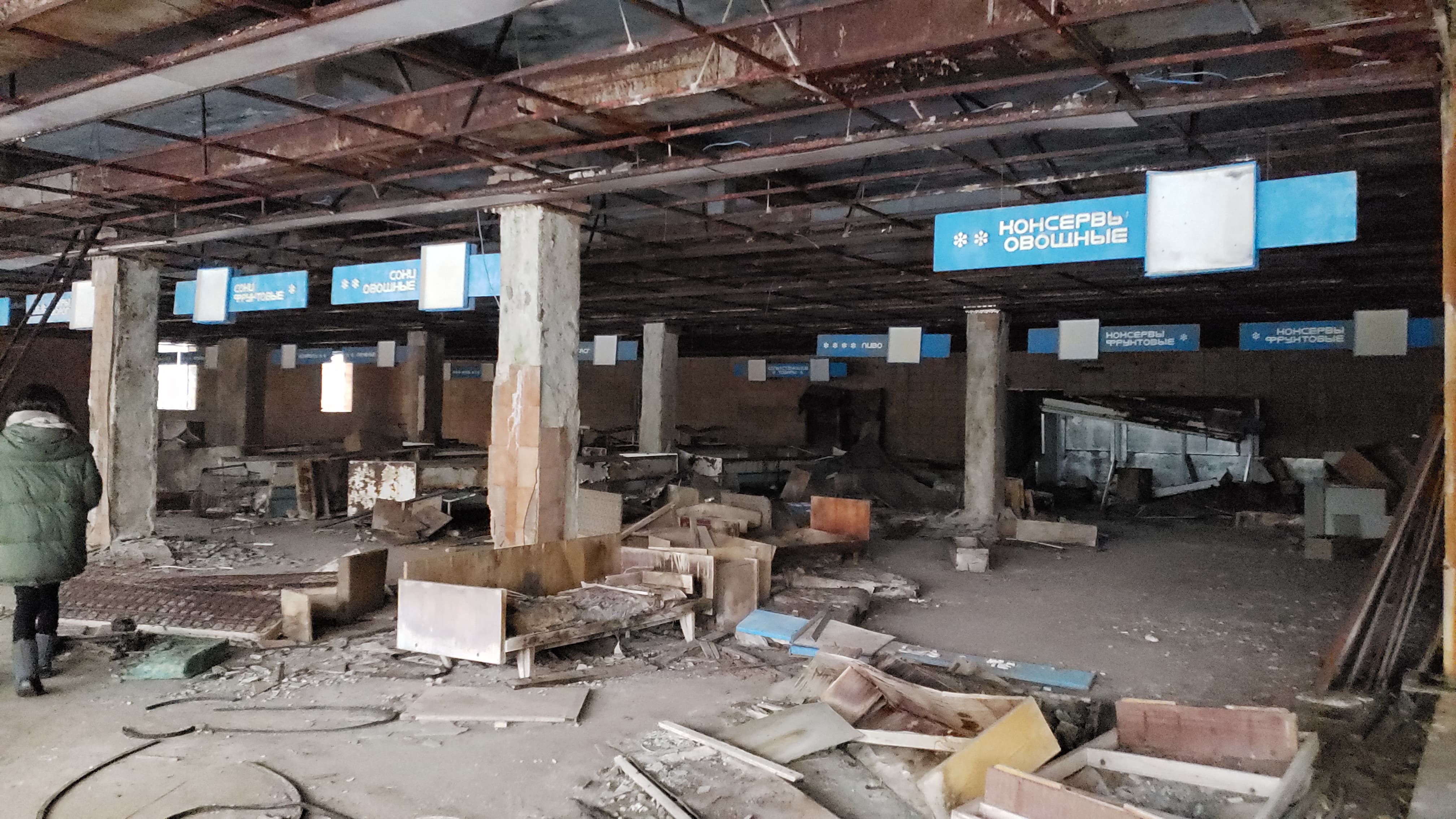 But first, you have to get there, and you can’t go at will. You need to book a tour.

I booked mine with SoloEast, the oldest tour company that provides tours to the exclusion zone.

Upon arrival at the meeting point, the Kozatskiy hotel, I was greeted by my guide Andrew Vasylievych. Once the rest of the group arrived, we departed for Chernobyl, which is about 2 hours from Kiev.

When we got there, we entered the first checkpoint, where they checked our passports and entrance tickets. Once confirmed, we were allowed to enter. Upon entry I noticed a TON of stray dogs.

Our first stop was a kindergarten. When we walked in, we could just feel the desolation of this place. 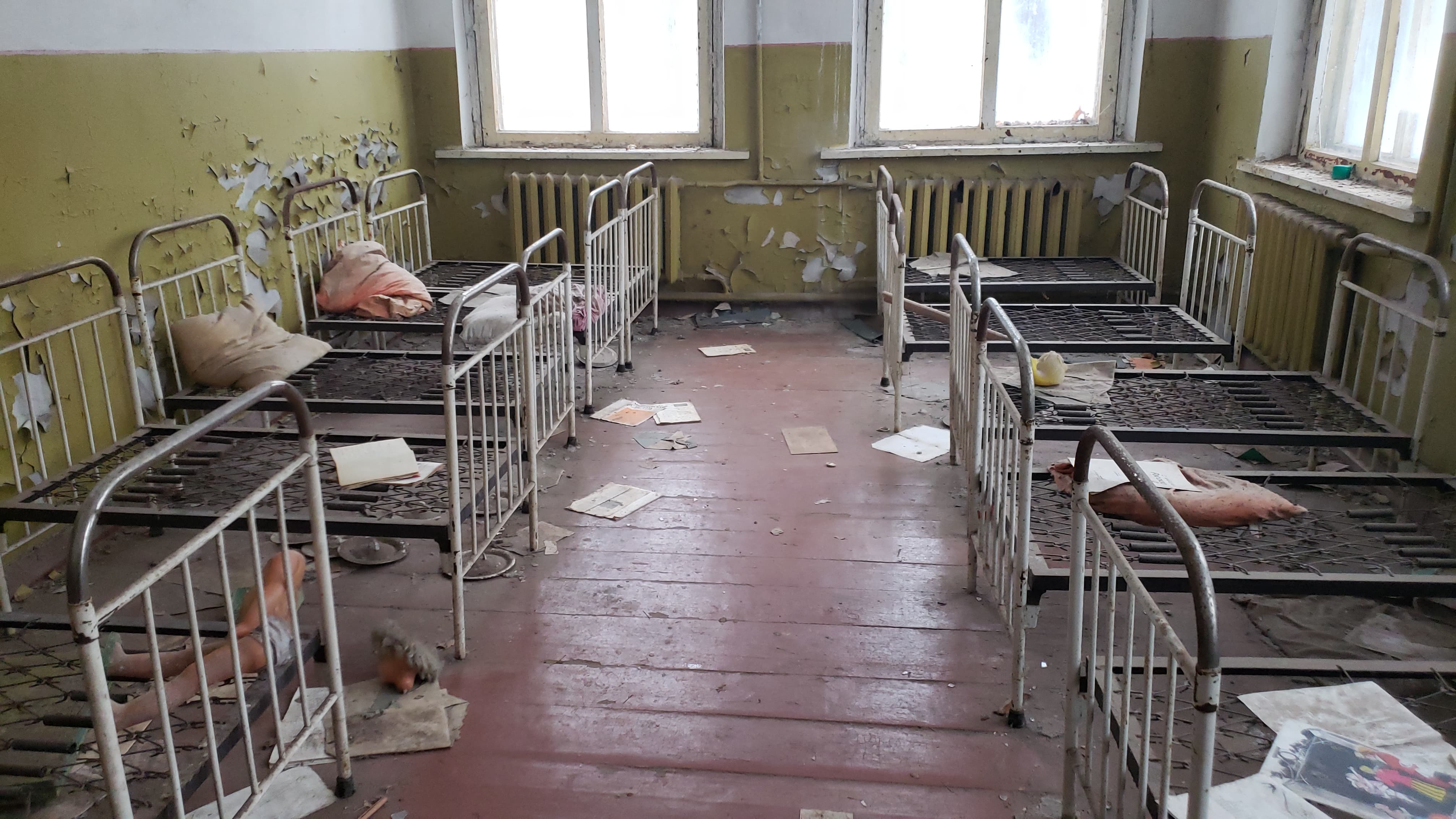 I’ve never seen anything like it. Children’s beds with toys left behind, books, dolls, and even Soviet newspapers, just sitting there for the past 32 years. While there, Andrew used his Geiger counter to test the radiation levels outside. Needless to say, the soil is STILL pretty contaminated.

After that, we were provided lunch, consisting of soup, bread, chicken, and salad. Lunch was included in the tour package.

After lunch we entered the 2nd checkpoint. From there, we went to the giant steel structure that houses reactor 4 (the one that exploded). The fog was intense. 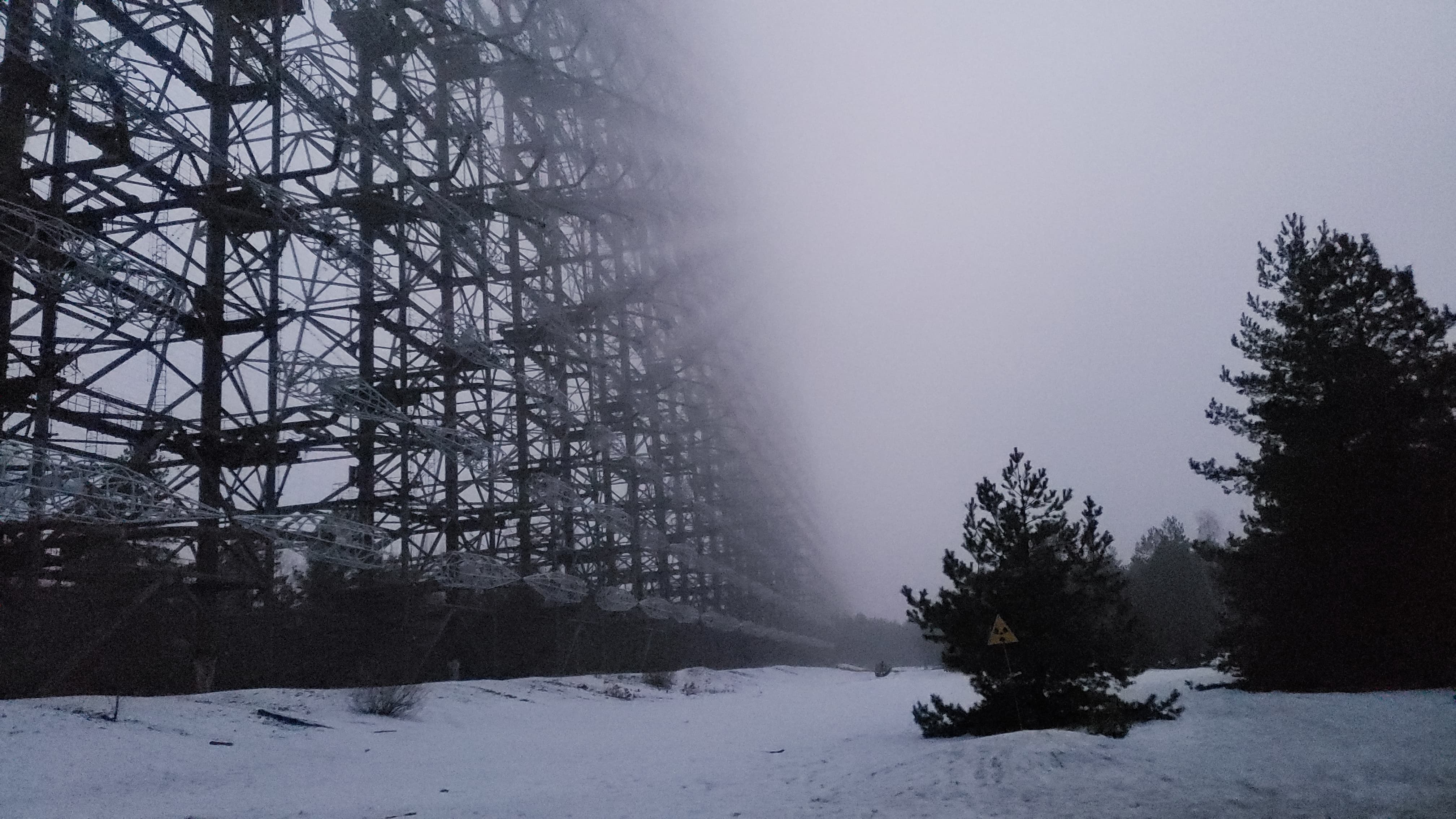 Andrew showed us before and after photos of what the reactor looked like, as well as teaching us about the radioactive mass in the basement of the reactor, called the Elephants Foot. This is deemed the most radioactive spot on earth!

From the reactor, we entered the abandoned city of Pripyat, where we explored an abandoned cafeteria with stained glass windows still intact, an amusement park that NEVER got to open, a sports complex, and the infamous swimming pool. We didn’t get to visit the hospital because there was way too much ice on the stairs and railings. Safety is paramount in the exclusion zone.

Our final stop was to Chernobyl 2, a secret military base that houses the decommissioned Duga Radar.During the dying days of the Cold War, the Soviet Union built an early warning detection system to listen out for NATO and U.S. ballistic missiles. This was used for that. The fog added a creepiness to the scene. This thing is MASSIVE!

Upon exit of the exclusion zone, we had to go through radiation detectors to check our radiation levels, then we drove back to Kiev. That 12 hour day was packed with history, great photo opportunities, and an amazing guide.

I highly recommend that everyone visit Chernobyl with SoloEast. Andrew is a phenomenal guide, hysterical and knowledgeable. When you go, tell him I sent you. 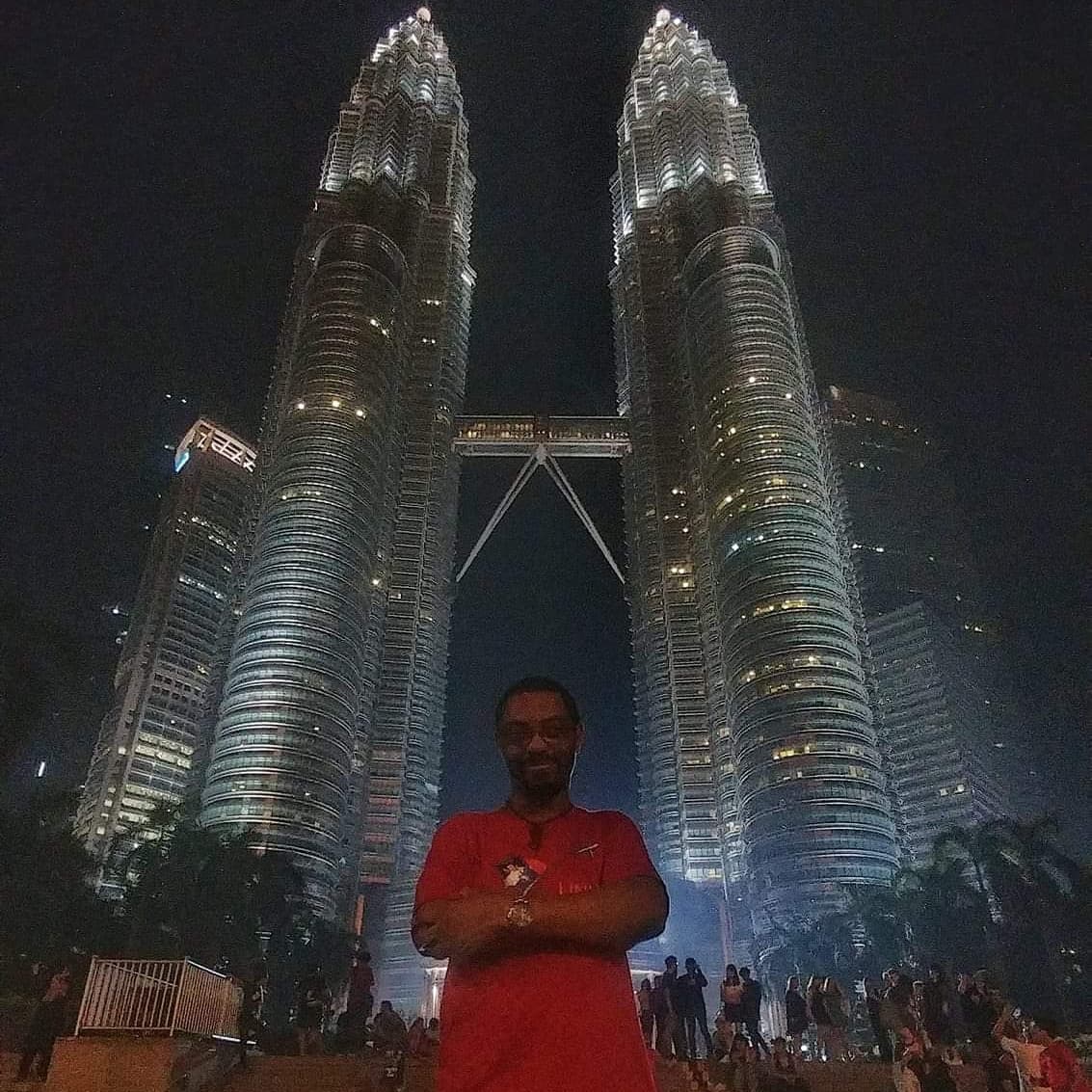